It extends across the northern section of the continent from the Atlantic in the east to the Pacific in the west. To the south it borders the United States of America and it extends to the Artic Ocean in the north. It has an approximate population of 33 million which is largely concentrated along the US and Canadian border; leaving the northern regions of the country, a vast wilderness unspoilt by human activity.

These in turn encompass ten provinces and three territories. Although the capital city of Canada is Ottawa, each province and territory has its own capital city. 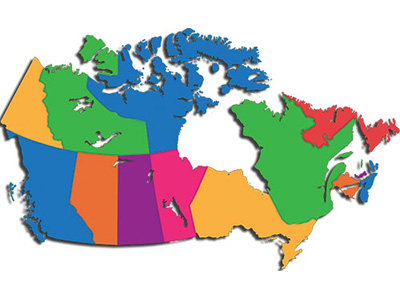 The History of Canada

While the North American continent was explored and settled by Europeans from the mid 1500â€™s through the 1600â€™s when various colonies were established, it was not until July 1st 1867 when the North America Act was passed by the British parliament that Canada as a country started to come into being. This date is known as Confederation. The Act united Nova Scotia, New Brunswick and the Province of Canada (Ontario and QuÃ©bec) into the Dominion of Canada. From 1870 to 1999 other provinces and territories joined the Confederation, the last being Nunavut which separated from the Northwest Territories.

Canadians adopted their own flag, The Maple Leaf in 1965 and in 1982 with the signing of the Constitution Act became completely independent from Britain.

The founding peoples of Canada are the Aboriginal peoples (the First Nations, Inuit, and the MÃ©tis), the English, (Scottish, Welsh and Irish) and the French. Over the past two hundred years other ethnic groups have migrated to Canada, the largest of these are the English, French, Scottish, Irish, German, Italian, Chinese, Ukrainian, Dutch, South Asian and Scandinavian. Smaller groups of migrants from Poland, Norway and Sweden also settled in Canada in the early 1900â€™s although in the last forty years the most migrants have been from Asian countries.

There are two official languages in Canada, English and French. While approximately 58% of the population of the country list English as their first language, and 20% French, Canada also has a number of indigenous languages which are spoken by less that 1% of the population and are mostly in decline. Also, due to the large number of migrants to the country over 20% of the Canadian population list another language besides English of French as their mother tongue or first language some of which are Chinese, Punjabi, Spanish, Italian, Arabic, German, Vietnamese, Portuguese, Greek and Romanian.

New Brunswick is the only province or territory that is officially bilingual and QuÃ©becâ€™s official language is French.

In 2010, three Canadian cities were rated among the top ten places to live in the world as reported by The Economist Intelligence Unit Ltd. Cities throughout the world were rated on the criteria of Stability; Health Care; Culture and Environment; Education and Infrastructure with a final value for Overall Liveability Rating. Vancouver was rated the top city, with Toronto placing fourth and Calgary placing fifth.

Although British Columbia is purported to be the healthiest province, Canadians in general embrace active lifestyles throughout the country. There are forty one national parks and reserves throughout the country, covering approximately 2.5% of the nations land and fresh water. The parks are designed to protect Canadaâ€™s diverse geographical landscape as well as endangered flora and fauna. All the parks have areas open for visitors to enjoy camping hiking, canoeing, and biking in the summer months as well as winter activities in the colder part of the year however, sometimes parts of the parks are closed to protect them from human activities.

Summer and Winter festivals are a popular feature of most Canadian communities both large and small with the Calgary Stampede, the Toronto International Film Festival, the MontrÃ©al Just for Laughs Festival and Ottawaâ€™s Winterlude being some of the most well known.

With cosmopolitan cities like Vancouver, Toronto, Calgary and MontrÃ©al with its European charm supporting high end department stores and small exclusive boutiques, shopping is an enjoyable experience. All cities in Canada have their alfresco shopping villages as well as their enclosed shopping malls, catering to all requirements.

Canada has a thriving arts culture with theatre centered in Stratford in Ontario with has a Shakespeare festival and The Blythe Festival is a short drive away that showcases contemporary plays. However most of the large cities such as Vancouver, Calgary, Toronto and MontrÃ©al play host to international productions as well as to smaller productions.

The Atlantic Provinces of Canada 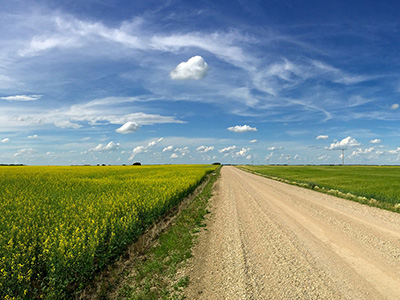 The Prairie Provinces of Canada

The West Coast of Canada

The Northern TerritoriesÂ of Canada